This customer was losing a lot of conditioned air from his HVAC system because his ducts were leaking a lot of the conditioned air out of the seams. To ensure that his home was operating as efficiently and cost effectively as possible, Dr. Energy suggested that this customer have his ducts encapsulated so his HVAC equipment does not unnecessarily overexert itself. This will lower heating and cooling costs, make the home more comfortable, and improve the life of the HVAC equipment because it will exert itself less! Duct encapsulation is one of the easiest ways to ensure that your system is working efficiently. 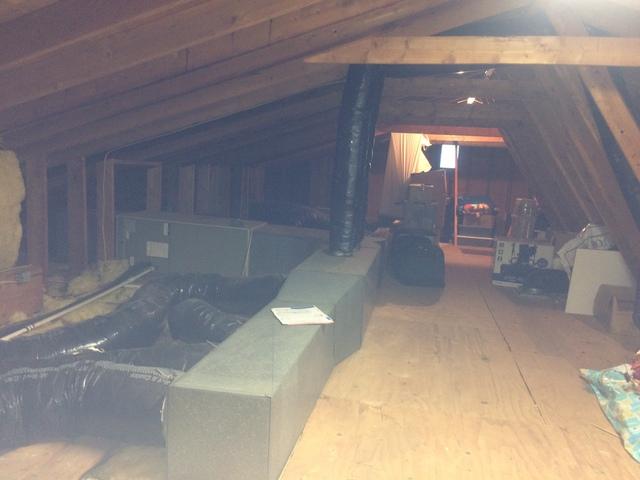 Large duct run branches out of HVAC system and is exposed and leaking air into the extreme temperatures of the attic. 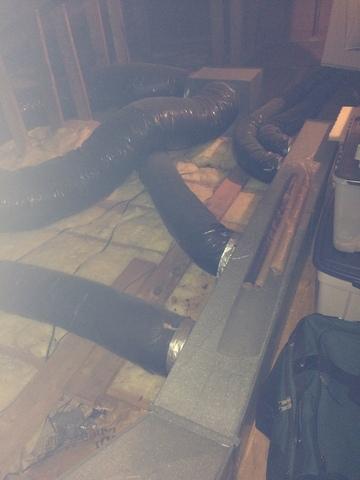 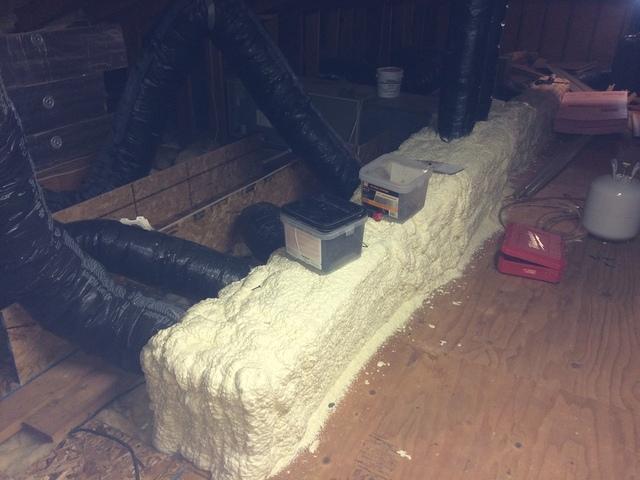 Sprayed with closed cell foam to insulate and seal. 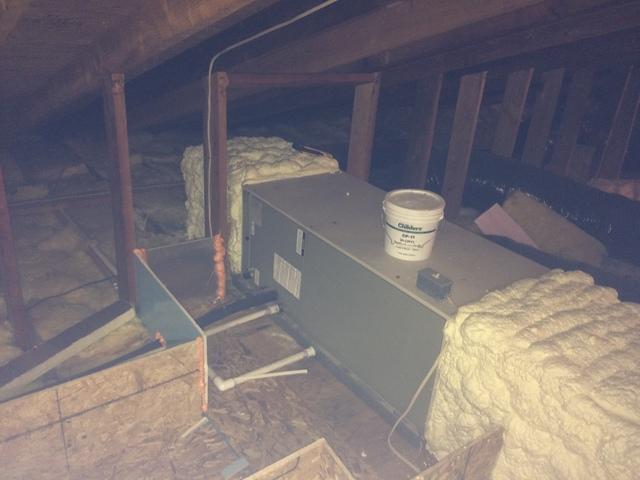 Ducts are encapsulated from their beginning point to ensure no air ever leaks. 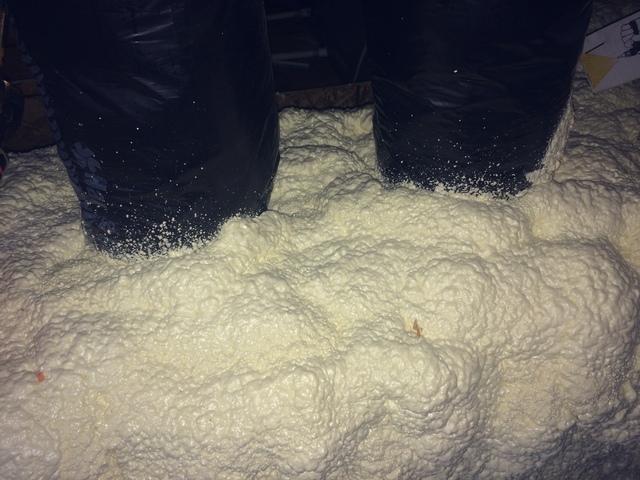 The flex joints that leaked air before are no longer a problem because the foam seals the leaks and keeps the air flowing towards the inside of your home. 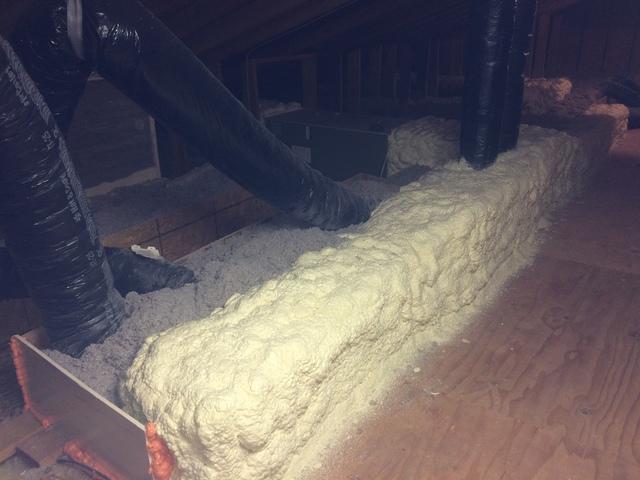 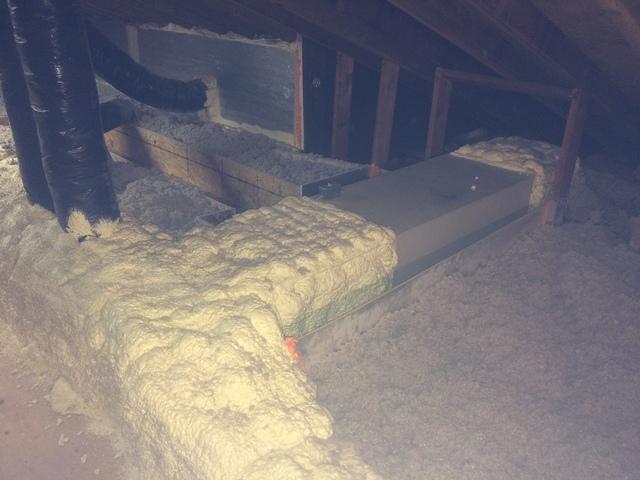 Finished system with cellulose insulation blown around to insulate attic.

Back to Previous Page

We serve the following areas